The First Electronic Church of America 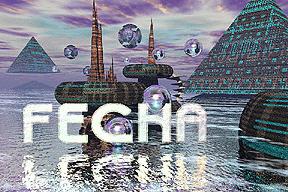 Not So Great Society

FECHA applauds USA Today and its guest commentator, Darlene Kennedy, who said this month that it's time for Americans to call an end to Lyndon Johnson's great welfare experiment. To Ms. Kennedy, welfare doesn't help people, it hurts them. "It subsidizes aberrant behavior, discourages self-reliance, mocks delayed gratification, rewards sexual promiscuity, diminishes the value of men in the household, debases fathers in the lives of their children and places a safety net under the hindquarters of the lazy and shiftless."

A Sermon on Hell

I want to talk about Hell, but first a quick word about Heaven. It seems immoral to me that some people preach that a person can go to Heaven by killing himself and others with suicide bombings. The idea that somehow you go straight to God by destroying yourself and anyone else who happens to get in the way is anti-God to me. It is the opposite of Good and the antithesis of Heaven. In my book, these suicide bombers can go to Hell.

But what is Hell? The word originally meant a place where the dead, who had no proper grave, were left as carrion for the dogs and the vultures. Hell was humiliation. Dante saw Hell as a series of descending circles. He would put suicide bombers in the Seventh Circle of Hell in the River of Blood where those who have been violent against others boil and burn eternally. Or, perhaps they would be withered and poisonous trees in the horrible Wood of Suicides.

The Republican National Committee spent $1.5 million recently on a 30-second TV spot calculated to stir up fear and hatred among middle-class American voters. The spots give us quick shots of presumably illegal and presumably Mexican men and women and children riding boats in a churning sea, and fleeing up a road. A statement on the screen says, "YOU SPEND $5.5 BILLION TO SUPPORT ILLEGALS." A narrator urges us to "tell President Clinton to stop giving benefits to illegals."

The New York Times noted that the ads are "aimed at states roiled by immigration issues...where Mr. Dole is in trouble."

Meanwhile Congress is considering legislation that would bar children of illegal immigrants from public schools. Candidate Dole says he is in favor of this move. But even some Republicans oppose it. "I don't like it," says Sen. Orrin G. Hatch of Utah. "I worry about the children."